In a desperate attempt to occupy my exhausted mind with more or less entertaining content a few days ago, I stumbled over an article in the Inc. Magazine that was going on and on about how to spot an exceptional employee whenever you see one. The ultimately goal was, presumably, either to reward such people for their or to lure them into an employment contract (if we are talking about candidates). As far as I can tell, the article is not spanking new and has been published on LinkedIn more than a year ago where it earned no less than 6,333 likes, 1,073 comments and 28 shares.

Wow. The ideas expressed in it obviously pulled some strings in lots of hearts. However, having utmost respect for Jeff Haden, I could not but disagree with many of the points he has made. In my experience as an HR manager and a recruiter in a major software development company, the very definition of an exceptional employee is different. It’s not that over-enthusiastic, confident to the point of bold, diplomatic, and abnormally curious person that Mr. Haden is painting. Let’s break the image down into bits and take a closer look at it.

It is one thing when people find excuses, blaming their own downtime on others. It is completely another when they know the borders of their responsibility and the right moment to stop and engage a dedicated specialist. Growth in the number of responsibilities happens at the expense of time and diligence spent fulfilling each of them. Besides, the so highly praised hunger for new competencies illustrates the lack of passion to any of them. And without passion, there is no exceptional, or even good employee for that matter.

When you deal with a truly exceptional employee who can clearly define own goals, you call him or her a professional. These people can express their thoughts in oral or written forms and deliver a short description of their skills fast. Once in one of my job interviews I was asked to describe all my achievements in a form of an essay. I had only 15 minutes for that but I handled the task because at college I wrote a lot of them and had a dozen of essay examples in my head. I knew that my mistakes and style will matter too but focused more on the uniqueness of ideas I wanted to apply in a future project.

I honestly don’t know why this should be a criterion. I had precisely three co-workers that could be qualified as mildly weird. None of them was a major asset to the company, but I’ll admit they made everyday work a little more fun. So instead of having quirky people who are able to get back to normal when necessary, why not hire “normal” ones from the very beginning? At that, I do not mean “normal” as a positive personal characteristic. Quirky people are fun, but they can be a handful in a work environment.

The ability to acknowledge the merits of others is, no doubt, important. I do support the public acknowledgment part. However, the “private complaining” point makes my eye twitch a little. You see, I’ve had an experience of couloir discussions and covert actions in a work environment, and I hated each and every bit of it. Besides, it accomplished nothing. Clarity and honesty should be highly respected and cherished in any work group. That’s why they’ve invented retrospectives in Agile – to give people working back to back every day a chance to express their concerns vis-à-vis each other. A possible scenario: one developer of the team is obviously lagging behind, and her colleagues can see it. However, since she is being told off by their team leader in private, others gradually arrive to a conclusion that this is a normal work speed and quality.

Needless to say what an impact it will have on the productivity of others. When a person becomes a part of the team, he or she commits to share their ups and downs. And those ups and downs should be equally visible.

This point made me question my entire candidate assessment protocol. They like proving other people wrong? Really? Have you met people that have this charming little personality trait? And how did it work for you?

To me, getting particular enjoyment from proving someone wrong (no matter who, just for the sake of proving) is the first red flag. It is a must-have trait for those who have dominating personalities and often oppress their colleagues, inhibiting the work process.

Looking at the very concept of an exceptional employee through the lens of my experience, I’m inclined to suggest there is no such person. I’ve met employees whose qualifications or personal traits can be exceptionally valuable for a company or productive and refreshing for the collective. Yet their “exceptionality” was contextual and probably wouldn’t work at some other place. That’s why, in order to spot an exceptional employee, you’d have to take into account a complex of factors that include the industry your company is working in, the people, the corporate values and a few dozens of others. The perfect employee discussion is too general and ambiguous by nature and can only serve as a discourse uniting dozens of separate discussion vectors. 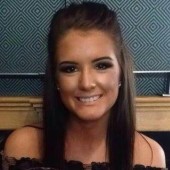