Negotiation is a tool we all need at every turn. Business, better salary, leave permission, angry spouse, rebellious kid, street vendor; you name it. Mastering the art of negotiation can make your life much easy. Especially in business negotiations, there is a lot at stake and you simply cannot afford to lose.

With so much pressure riding, it is important go in prepared and use some tips and tricks to ease your way into the talk.

Here are some lessons I learnt from my personal experience and research on how to nail a negotiation.

1. Give succinct anecdotes to prove your point

People like stories from the past to relate to. Be generous enough to tell them how your proposal worked in the past and how it made both the parties happy. Nothing can convince better than an example.

Additionally, you can give them the means to verify the story for themselves. This not only might put them at ease, but will develop a level of trust necessary for a successful negotiation.

Running Hiver for over 4 years now, I have been in many negotiations. We always make sure to walk in with a past example. Infact in this one meeting with a reluctant google app reseller – after listening to our previous success story, he was so reassured that he settled the deal in one meeting.

2. Find out what clicked with your opponent at their last deal

There is nothing more disastrous than walking into a negotiation unprepared and that implies researching about the other party. The only reliable way to accomplish this is by visiting their previous deals with you or by talking to others who have landed deals with them.

Start with their most recent deal and work your way backwards and hack your way into their heads.

This can give you a sense of:

This way you have a better idea on how to approach them.

In any deal, there are some elements you can compromise on and other elements you absolutely can’t. It can save a lot of time and avoid confusion if you can lay it down clearly in front of your opponent.

It is is important to manage expectations from the beginning of the meeting itself.

For example, you can’t negotiate about method of payment throughout the meeting and finally say, it’s a standard practice that your company stands with.

Say you didn’t do enough research or didn’t make a smart move during the talks and you landed with a bad deal. It’s important to understand that the other person didn’t deceive you or blindside you and that it was your fault. Learn from it and move on.

It is important to tuck away all ‘feelings’ when walking into a negotiation including (especially) your ego. You might want to read the this story about how your ego can weaken you.

The same goes for a vice versa scenario. If you come off with a better-than-fair deal, don’t feel guilty – it’s all business.

While walking into a meeting room you must walk in with a certain detachment to the outcome of the situation.

It’s smarter to not forewarn your opponents about your intentions to negotiate, especially when they have all the power to refuse you and nothing to lose in doing so. If you want to negotiate with your boss about the new work hours, don’t call him up and say, ‘Hey, I want to talk with you about the new timings’ .

A better way would be to drop in, do some small talk, and casually bring up problem.

When you warn people before hand, they walk into the negotiation with a battle armor and will not even be willing to listen to you, which is definitely not something you want.

So, if you can, don’t give them the time to warm up; catch them by surprise.

6. Never be the first one to break an awkward pause/silence

Oh boy! Don’t we say a lot of things just to shun away that momentary silence.

People have this innate urge to break an awkward pause and this results to ‘speaking before thinking’ which is not good during negotiations.

For example, to break the silence you decide to say something funny, but end up offending your opponent, and that is just one way you can damage the talks.

In negotiations ‘speaking before thinking’ can simply be fatal and over-reacting to awkward silence.

7. Don’t talk unless you have an edge

In my experience while running Hiver, I have met so many negotiators who think that the one who talks the most and the loudest, will walk away with the most.

Let me say (scoff) , it is not even close to true. It’s usually people who listen, contemplate and speak at the right moment that make a homerun. Talking gibberish continuously doesn’t mean anything!

“Nothing can have value without being an object of utility.” – Karl Max

Even a small sentence must have a purpose.

Did you know that micro expressions are fleeting signs of your true inner emotions.

Paying attention to these can be very beneficial to understanding how to frame the next argument.

For example, if you see a fleeting expression of disappointment, you know that the negotiation may not be going in the right direction.

Here’s an article that can teach you more about micro expressions.

9. Break the ice even before walking into the meeting

Ask them to introduce you to each other. Meeting and having a small talk in a semi-formal setting can break the ice and will decrease the friction that exists at the start of a negotiation.

If you don’t have mutual contacts, then some other ways would be to

10. If it doesn’t workout, don’t burn the bridge

Good negotiators never burn the bridge. They end the meeting on a polite and if possible happy note. No deal is a one time deal. You may have to do business with them in future or retalk the terms of the deal.

In my personal experience, I have met many people who readily burn bridges with their appalling manners or by acting in bad faith. On the other hand there were many instances where I formed strong bonds with people just by being in touch with time from time to time after talking out a deal.

These are some of the most important findings in my journey as an entrepreneur.

Before I conclude here are a few things to keep in mind.

Finally, Negotiation is honestly a very uncomfortable thing to do for most of us and the only way to not only be good at negotiation, but to turn it into your super power is to consciously chose to negotiate in every situation both at work and home, instead of disappointed silence. This will give you the practice you need to master this art. 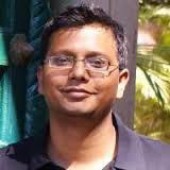 Niraj Ranjan Rout is the founder of Hiver, an app the lets you share Gmail labels with other Gmail users. Niraj works on programming, customer support and sales, and also contributes to design and UI. He’s a fusion music aficionado, loves to play the guitar when he can.