When it comes to entrepreneurship and business, flexibility is the key to success. Unfortunately, many entrepreneurs fail to broaden their horizons by limiting themselves to a specific geographic location. If you can help it, avoid grounding yourself in one city. There are plenty of great cities for launching a small business in the U.S., but yours may not be one of them. Take a Look at These Five Cities

Location, location, location – how many times have you heard people discuss the role location plays in the valuation of real estate? Well, location also has a lot to do with business. If you want to increase your chances of growing quickly and enjoying sustained success, then a lot depends on where you start your business.

With that being said, the following five cities are considered ideal in 2017. According to a recent study by WalletHub that looked at the 150 largest cities in the country and analyzed 16 different metrics, Sioux Falls comes in first place. The reasoning for the ranking is directly tied to the city’s five-year business survival rate, the education level of the workforce, access to resources, and low cost of living. According to a recent study, Oklahoma City is also one of only three cities in the entire country to have good jobs, affordable housing, and a high quality of life. Not bad! It’s not all about smaller cities, though. Large cities can also be good for small businesses. Boston is one example. Small business owners in Boston have access to robust resources and are just a train ride away from some of the country’s largest business hubs.

But it’s Boston’s entrepreneurial community that really makes it so appealing. All you have to do is spend some time in one of the many online communities or any of the local clubs to see just how supportive Boston business owners are of one another. It’s truly amazing. While Atlanta has long been viewed as the business epicenter of the South, Nashville is quickly making a name for itself. This city has seen a huge influx of new residents over the past five years and many large businesses have even moved their headquarters to the area.

What makes Nashville so attractive is that entrepreneurs get big city resources while still retaining a small-town feel. Nashville is such a tight-knit community that it’s not rare to run into someone you know on the street. But there’s also a lot going on, so you don’t feel like you’re interacting with the same people over and over. According to one recent study, Manchester is ranked as the number one city for starting a small business. It ranks in the top one percentile in business growth, licensing regulations, and job creation. While it may not be the greatest city for networking (ranks 28th), this is less of an issue in today’s digitally connected business world.

Branch Out of Your Comfort Zone

If you aren’t currently located in a city that’s conducive to launching a small business, then you may want to think twice before proceeding. While it isn’t always comfortable to relocate, it may be necessary. These five cities are some of the best, but there are more than a dozen other ideal cities scattered across the country. Where will you end up? 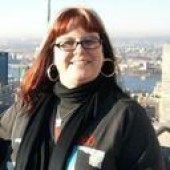