You likely already have a list of reasons why you want a virtual headquarters, but now you’re delving into what could be your most serious decision yet. If you’re looking to put down a headquarters in Australia, you’ve undoubtedly got your eye on two of the country’s top cities: Sydney and Melbourne.

In this quick read, we’ll tell you the finer points of both cities. This “Tale of Two Cities” will leave you with all the information you need to make an informed decision. After all, the location of your headquarters is a major deal! Sydney is one of Australia’s most notable cities. It was the home of the 2000 Summer Olympics. People who live in and visit Sydney enjoy the Sydney Opera House, Royal Botanical Gardens, Luna Park, and numerous beaches. It has long been a business mecca of the world, making it a great place to put down roots for your business. There are a few things to consider when you’re thinking about putting your headquarters here, though. Like so much in business, it’s all about the right fit!

First, Sydney is vital to the country’s financial industry. It’s home to the Reserve Bank of Australia, the Australian Stock Exchange, and much more. It’s a standout in industries such as real estate, financial, and energy, so if your company is one of these niches, then you might want to consider Sydney if you really want to compete.

There are a few downsides to Sydney, though. For one, the city’s infrastructure struggles to handle the volume of people traveling through. Traffic can be a nightmare, and this booming metropolis is on the brink of an exodus unless things change.

The Argument for Melbourne Melbourne and Sydney have vied for the label of “Australia’s Business Capital” for a long time, and while Sydney has its own winning features, Melbourne has some surprising benefits for companies wishing to place there headquarters there.

Melbourne is an urban jungle, but it’s got plenty of housing popping up everywhere. Modern infrastructure adeptly handles the growing population, and business hubs are beginning to grow in various parts of the city. Residents and tourists alike enjoy street art, wildlife watching, swims with dolphins, and craft beers.

Melbourne ranked #15 in the Global Cities Index Rate, surprisingly ahead of Sydney. In fact, Melbourne could become the country’s largest city by the 2030s.

If your company is in IT, pharmaceuticals, financial services, or materials manufacturing, then you’d be in great company in Melbourne, where these industries dominate.

A Tale of Two Cities: Where Should Your Virtual HQ Be?

There are so many considerations when comparing Sydney and Melbourne for your virtual headquarters. Both cities have international airports within, and both already have bustling cityscapes with plenty of opportunity for business. These cities have personalities of their own, though, and it does come down to which one you think would be the best fit for your company and clients.

When deciding whether your virtual HQ should be in Melbourne or Sydney, ask yourself where your clients want to be. That alone could clue you in to the right decision. Consider the surroundings and everything about the area – not just the business aspect.

Both Sydney and Melbourne are remarkable cities with so much to offer, and both definitely have their own unique flare. No matter which city you choose for your virtual HQ, you’ll be able to show your clients the highlights of a beautiful city with world-class hotspots! 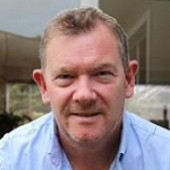