Read on to find out when filing an involuntary bankruptcy petition is advantageous for a creditor, and how to do so.

The Debtor Company Must Have Assets

If the debtor business does not have significant business assets, or if the debtor has many creditors and it is unlikely that you will be able to recover that debt, filing an involuntary petition might not be the best move to get paid.

When an Involuntary Bankruptcy Filing is Permitted

An involuntary bankruptcy petition must indicate which of two circumstances warrants the filing:

If the business debtor has more than 12 unsecured creditors, at least three of the creditors must join the petition and those three must have at least $16,750 in unsecured debt (as of January 2020). A single creditor may also file an involuntary petition if that creditor is owed at least $16,750 and there are less than 12 unsecured creditors. If additional creditors are discovered after the case is filed, the bankruptcy court will give those creditors an opportunity to join in the petition.

Creditors’ claims must not be disputed, nor may they be conditioned on some future event.

The Procedure for Filing an Involuntary Bankruptcy Petition

Once an involuntary bankruptcy petition is filed, the debtor is served with the petition and a summons and has 21 days to respond with an answer, objection, or motion to dismiss.

A bankruptcy judge has the power to dismiss an involuntary case if the bankruptcy does not comply with the aforementioned requirements, and order the filing creditor(s) to pay for the debtor’s costs and fees to defend if the creditor(s) acted in bad faith. Creditors can also be ordered to pay punitive damages to the debtor if the bad faith behavior was particularly egregious. On the other hand, the judge can entertain the debtor’s objection and still order that the case go forward, forcing the business debtor to participate.

A contested involuntary bankruptcy case can involve protracted litigation, including but not limited to:

This can be expensive and time-consuming for both the creditor(s) and the debtor. The Differences Between Involuntary and Voluntary Business Bankruptcy

Involuntary Bankruptcy is a Rare, but Available, Remedy for Creditors

Only when the potential for collecting debt is great and the risk of having the case dismissed or of protracted litigation small should creditors file an involuntary petition. Often these cases occur when creditors suspect fraud or other criminal activity on the part of the debtor.

In lieu of filing an involuntary bankruptcy petition, a creditor might consider filing a lawsuit in state or federal court, obtaining a money judgment against the debtor, and commencing in collection efforts. 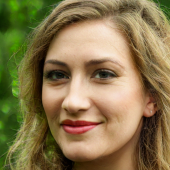 Veronica Baxter is a blogger and legal assistant living and working in the great city of Philadelphia. She frequently works with busy Philadelphia bankruptcy lawyer David M. Offen.