A VPN is one of the most important online tools for an expat. It helps you access sites from your home country, unblock geo-restricted content, secure your Internet traffic on public WiFi, and more. To make things simple for you, we decided to put together a list of six must-have features any good VPN should have. We highlighted these specific features with expats’ needs in mind.

We also recommend checking if the VPN has servers in your home country. It’s not mandatory, but it definitely helps. That helps you unblock websites that are only available in the country you’re from.

When picking an expat VPN, you want to look for unlimited bandwidth. That means the VPN doesn’t limit how much data you use.

Bandwidth caps are a red flag in our opinion. VPNs that use bandwidth caps normally limit you to around 2 GB of data per month. That won’t be enough to do anything you like. For example, if you want to unblock Netflix and watch HD videos, you’ll consume around 3 GB per hour.

3. What Sites It Unblocks

And when it comes to Netflix, check which content libraries the VPN can unblock. Some services can unblock 10+ Netflix libraries, while others can only unblock 4-5 libraries.

Always read the refund policy in the TOS to make sure it’s a no-questions type of deal. Also, most VPNs offer 30-day refunds, so we don’t recommend buying a subscription with a VPN that only has a 7-day refund, for instance.

Some providers ask you to meet certain requirements to get a refund – like not consuming a certain amount of data or using the VPN for more than a few hours or days. Those requirements are understandable, but we’d still recommend picking a VPN that will give you your money back if you’re just not happy with the service.

You already have lots of costs to deal with as an expat, after all. You don’t need to worry about losing money on a VPN just because you didn’t check the fine print.

A VPN leak happens when the VPN doesn’t encrypt all your traffic. Basically, your IP address and DNS queries leak outside the encrypted tunnel. So websites and hackers can still see them even though they’re supposed to be hidden by the VPN.

We recommend making sure the VPN offers the following:

A kill switch is a feature that shuts down your Internet access when the VPN disconnects (or if you’re simply not connected to the VPN). It sounds extreme, but it’s an important security feature since it prevents traffic leaks (nobody can spy on your traffic while your VPN connection is down).

All good VPNs offer a kill switch, but you should check if it’s available on your device too. For example, some VPNs don’t have kill switches for iOS devices. Extra Things to Keep an Eye on

Here are a few other things to check to make sure you get a good experience:

Does the VPN Work in Restrictive Countries?

Maybe you plan on moving to a country that censors the Internet – like China or Russia. In that case, you’ll definitely need a VPN to unblock the sites you like.

However, you need to first make sure the VPN actually works in those countries. For that, it needs to do two things:

You should also ask the support reps to confirm the VPN can work in the country you’re moving to. The service should also have mirrored links you can use to download the VPN in that country (in case the VPN provider’s site is blocked).

Does the VPN Have Fast Protocols?

VPNs will slow down your online speeds because they encrypt your traffic. If you connect to a far-away server, that will also contribute to the slowdown.

In that case, it helps if you can use lightweight protocols. OpenVPN is usually the standard, but it can be pretty slow. We suggest checking if the VPN provider has the following options:

Just avoid PPTP. It’s not safe to use.

What Else Should You Check?

What other things do you think expats should keep an eye on when picking a good VPN? Please tell us what you focus on in the comments. 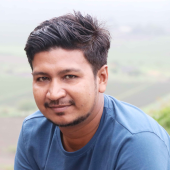