What do you need when times get tough?   Simple.   You — as the CEO — need to be even tougher than the times.

Right now is no time for sissies. And I mean that — whether you are a man or a woman CEO.

Recessions require the best from you personally if your business is going to compete. You have to be mentally tough; emotionally and spiritually centered; and you have to be able to go the distance physically as you lead your company and your team.

At the recent Small Business Summit I learned about a business executive training program that is based on the Navy SEAL survival training. It is designed to bring out the best in a leader.

Yacov Wrocherinsky, the CEO of Infinity Info Systems, a B2B software company, was one of several executives who went through the SEAL-like survival training and leadership program called Leadership Under Fire, in conjunction with the Young President’s Organization.

Here’s a short video that gives a flavor of what it was like:
[display_podcast]

The training was led by Rob Roy, a former Navy Seal who founded Special Operation Training Group (SOT-G). Roy’s team of highly-trained former military personnel put the executives through intentionally stressful situations that stretch them to the limits.

According to Rob Roy, the executives learned how to “gain mental toughness,” that can be used in business situations.   Rob and his team pushed them to dig down deep to muster all their strength to keep going for the team to achieve its mission.

Yacov and his colleagues — all senior executives who pay over $5,000 each to put themselves through a grueling program — pushed themselves hard.   They went days with little sleep, swam in the ocean and did push-ups until they thought they couldn’t move another inch.   Again and again, they had to set aside any thoughts about quitting, so that they wouldn’t let down their team — just like CEOs are called on to do in a business.

According to Yacov, “It was a life changing experience.” That kind of training “gives you the confidence” to deal with business environments like the current one — and to not settle for anything less than you set your mind to achieve.   His goal:   to bring his business to higher levels of revenue growth as a result of the training.

Here’s how the Leadership Under Fire program is described by the US Navy Sealstore blog:

Leadership Under Fire is a three-day total immersion Navy SEALs training program designed for entrepreneurs and business executives. Not to be confused with a run-of-the-mill team building or leadership seminar, it is a set of very challenging physical and mental activities, where executives get a taste of combat duty. It will wear you down and take away everything that you think is important, but in the end, you and your company will end up appreciating the exercise.

Another interesting piece to this story is that Rob Roy himself is an entrepreneur who leads SOT-G, a military consulting company that handles security as well as training programs.   He started the business after 18 years as a Navy SEAL. 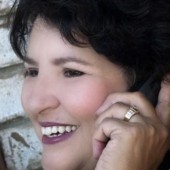 Hi, I follow the small business market closely each and every day. I run a series of online properties, including my flagship, Small Business Trends. In late 2008 my company acquired this site, SMBCEO.com, from Steve Rucinski. Steve started SMBCEO.com in 2004. But by late 2008 he no longer had time for the site. I had watched this site grow and hated to see it just go by the wayside. So I approached Steve and arranged to take the site over. SMBCEO.com has been acquired by Ivan Widjaya in 2013. Be sure to follow me on Twitter: @smallbiztrends. -- Anita