This is a tricky question since there is no universal answer. Expansion is a gamble, and a lot of entrepreneurs are hesitant to pull the trigger when they aren’t 100% sure they’ll do enough business to make the expansion worthwhile. And while it’s easy to say you should expand when you find you’re doing a ton of business, even that may be pre-emptive. The first thing you should trust is your gut – if you feel like it is time to expand, then seriously explore that option. But you should also consider a few other factors.

Has your competition recently expanded? Are they moving into new markets, or buying a lot more inventory? If they are, then you should consider the option of expanding as well. But keep in mind that good businesses aren’t just reactive. You shouldn’t expand just because your competitors did. For all you know, their decision to expand was poorly made and they’ll be out of business in a month. But, if you notice some movement and growth, start weighing your own options. Otherwise, you may wind up losing your competitive edge.

No matter what you do, you’ll always get some complaints. But when you start getting them a lot, you may be missing something. Sometimes business overtax themselves in an attempt to keep up with orders. It may not feel like you’re getting a bunch of new business, but even a slight shift is enough to throw off an operation. So, if the complaints are piling in, look into a small expansion and see if that doesn’t help you to keep a handle of everything.

Leads are awesome – leads you don’t have to work that hard to get are even better. But if you’re getting tons of leads without putting in any real work, you could be missing out on a great opportunity to claim a wider share of the market. Expanding will help you pursue new customers, and handle any leads. The leads you were getting so easily before will still come in, but on top of those, you’ll be finding leads that wouldn’t have sought you out.

Finally, and perhaps most importantly, you have to consider your business’s profitability. Rushes and seasons lead even the most levelheaded entrepreneurs astray. It’s far too easy to think the good times will never end after just three or four solid months. And, if you choose to expand at the tail end of one of these busy-seasons, you may be unable to support yourself once the season ends. But if you’ve had three, four, or five years of continued profitability, you are doing something right. Capitalize on that and look into expansion.

Every business is different, so there are no set amounts of customers or money to signal that expansion is a good idea. Like I said before, you’re greatest ally as an entrepreneur is your gut. If it feels like it is time to expand, then it may time to expand. Just make sure you do your due diligence, and look for a few more signs, like sustained profitability or how you get your leads. Expansion may be a gamble but, if you know what to look out for, you can stack the odds in your favor. 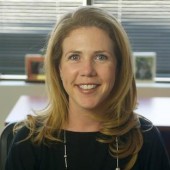 Deborah Sweeney is the CEO of MyCorporation.com. MyCorporation is a leader in online legal filing services for entrepreneurs and businesses, providing start-up bundles that include corporation and LLC formation, registered agent, DBA, and trademark & copyright filing services. MyCorporation does all the work, making the business formation and maintenance quick and painless, so business owners can focus on what they do best. Follow her on Google+ and on Twitter @mycorporation.