Content marketing is the rage. It’s so talked about the debated these days that even huge brands like Pepsi and Coca-Cola are devoting resources in terms of both time and money to create customized, interesting and sharable content. All that being said, there are some pitfalls when it comes to content marketing. Here’s a few to avoid:

A major SEO company based out of San Diego called Covario is running a workshop titled SEO for Hispanic Markets. Here’s the problem, the word Hispanic is increasingly being thought of as both derogatory and generally, should be avoided. You might be wondering why. I won’t go into a huge amount of detail, but the short story is that the term Hispanic was created by the US Federal Government in the 1970’s as a way to track people from Central and South America.

People from those regions feel like the term lumps them all together, despite dramatic cultural differences and of course ethnic differences that are not taken into account. You can’t tell me that someone from a high rise in Rio de Janeiro and someone from the Andes in Peru should be classified the same. They speak different languages, come from different countries have different genetic histories.

We have different categories for people from every other continent in the world, why not here? After all, someone from Laos is classified differently than someone from England.

When it comes to the great success stories of online marketing, Gary V (and his family owned and operated wine store called Wine Library) is among the first that comes to mind. He built his family wine store from 1 million in yearly sales, to forty times that by doing a mismatch of video marketing and wine tasting notes.

There are plenty of great wine blogs out there, but here’s the thing about most of them… they are only read by other people in the industry, or other bloggers! In fact, I’ve heard from a few people within the industry that writing a blog is essential because consumers want to see your thoughts on a bunch of different subjects, but it won’t actually sell anything for you! Gary V was able to do something that was both quicker and actually sold wine for himself and his family. It doesn’t get much better than that.

Too Pitchy, Too Much Sales

When it comes to content marketing, there is a definite expectation that you’re trying to sell something and asking for a sale is certainly good business, but you have to be careful to not come off as pushy, or only interested in a sale.

Companies that appear to use content marketing as ways to only sell their products, with little regard for actually educating or informing consumers are going to have a tough time keeping people coming back to their content for the long term. After all, Coca Cola and Pepsi are good at this by simply weaving their products into their marketing pitches over time and not hitting you over the head with a lazy sales pitch. 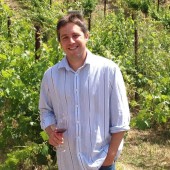 Mark Aselstine is the owner of Uncorked Ventures an online wine club focused on delivering high quality wine, no matter how cheap the wine club happens to be. Based out of San Francisco Mark is immensely interested in online marketing and how the tech world continues to revolutionize our daily lives.