posted inCEO Leadership on May 15, 2015 by Reuben Yonatan

Being the CEO means that your vision will guide your company, good or bad.  There are CEOs who are visionaries, creating a very personal connection with the products they offer (like Steve Jobs); and there are CEOs whose brash leadership style clashes with other top executives in the company (like Steve Jobs.) The CEO bears the most responsibility for a company’s success or failure. Your job as a CEO is a delicate balancing act between giving the customers what they say they want, giving the customers what they really need, making bold decisions, and holding on to the company’s core values. Some CEOs do it exceptionally well, while some others are simply toxic – poisoning the whole company and bring it into oblivion – often without them noticing it.

You see, a CEO can generate more press through his actions than a quarterly report ever could. Therefore I dare every CEO out there to ask him/herself one question, what type of CEO do you want to be? Take a look at this infographic by GetVoIP.com which details six types of toxic CEOs that are destined for failure.

Climbing the career ladder is one thing, but staying on top as a CEO is a challenge.  In fact, some CEOs set themselves and their companies up for failure:

The big question is: Why such a high figure?  Here are 6 types of toxic CEOs that you don’t want to be:

The gambler CEO is over-optimistic, brash and irresponsible.  He plays fast and loose with the fortunes and lives of his shareholders and employees’ support.

On the flipside, the hesitant CEOs are over-cautious – which is as destructive as over-confidence.  Indecision and a failure to see the much-needed changes can bring a hesitant CEO – and the company he leads – down, as competitors are taking over the window of opportunity.

The loudmouth CEO doesn’t know when to talk and when to stay silence. He has a false sense of the importance of his own ideas, and isn’t afraid to share them publicly.

The cowboy CEO doesn’t care about anybody else’s opinion.  He always does it his way – which often leads his company to fail.

The despot CEO is corrupt.  Corruption comes from a sense of entitlement and invincibility.  When he gets out of hand, the consequences can be disastrous.

The maverick CEO is popular due to his originality and independent thinking.  Unfortunately, he takes things too far, marking his tenure with bizarre decision-making and a dash of over-confidence. 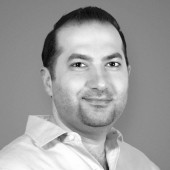 Reuben Yonatan is the Founder of GetVoIP.