posted inCEO Leadership, Management on May 3, 2017 by Revel Gordon

Early on in my career I spent six weeks in an ad agency creative department. I was a junior account executive, and I’d been sent downstairs to the creative floor to learn about what they did. It would be generous to say that I didn’t set the world on fire as a creative. In fact, in my entire time there, I came up with precisely one decent ad idea. So, you can imagine how gutted I was when the creative team I was working with shot it down in flames. Sure, my idea wasn’t going to win a Cannes Lion, but it fit the client’s brief perfectly and deserved to be put forward. It was only years later that I realised that it wasn’t about me. It wasn’t even about the ad. It was what I represented: I was a ‘suit’ moonlighting in the creative department of a large multinational agency. I was in enemy territory, and there was no way they were going to let my idea see the light of day.

The tensions between different departments within agencies, and indeed, between different silos in businesses everywhere, is nothing new. Yet silos are one of the most destructive forces in the business world. They are a handbrake on productivity, they suck the life out of creativity and innovation, and they make for a toxic work culture.

Yet silos can be broken down. Here’s how.

The easiest way to remove the unhealthy barriers between areas within a business is to start at the top. I’ll often ask members of a company’s leadership group: “Which team is your highest priority?” Most of the time, they’ll say the name of the area they are responsible for. The sales director will say “The sales team.” The marketing director will say “The marketing team.” The head of digital will say “The digital team.” Yet they are all wrong. Their most important team is each other, not the departments they represent.

As a leader, your immediate peers need to be your ‘number one’ team. The people who report to you come second. This may seem counterintuitive, but by putting your peers ahead of your direct reports, you make it impossible for silos to flourish.

Here’s a typical scenario. You’re the head of digital production, and Janine, one of your team members, comes to you and says “Everyone in Account Management is hopeless. For example, whenever Bob briefs in a job to us, he constantly changes his mind about what he wants.”

A silo-based response would be to put your own (digital) team first and agree with Janine that it’s an Account Management problem. You might tell her to tell Bob to stop wasting Digital’s time with poor briefs. Or you might offer to go and talk to Bob’s boss, Sanjay, (your peer) to pass on the message yourself. Either way, this approach reinforces an ‘us versus them’ culture, which is exactly what causes silos to form.

Rather than getting drawn into a finger-pointing exercise, a far more productive way to deal with the situation would be to insist that Janine try to work things out with Bob herself. Make it clear to her that if Janine and Bob can’t resolve things together, then you and your colleague Sanjay will come up with a solution for them. By aligning with your peer, you are sending a message to Janine that you will not tolerate siloed behaviour.

If you and your peers all take a clear position on this, and agree that moaning about each other’s’ departments is something that none of you will tolerate, your respective direct reports will soon get the message and stop doing it.

The path to alignment is trust

The way to achieve alignment with your peers is to build trust with them. Global leadership expert and best-selling author Patrick Lencioni calls this ‘vulnerability-based trust’. Google calls it ‘psychological safety’. It amounts to the same thing: you need to be confident that if you are vulnerable with your peers, they won’t use that vulnerability against you personally. You know you are on a team that has established vulnerability-based trust when you feel comfortable admitting to a peer that you were wrong, or that you aren’t sure what to do and would like their advice. This trust forms the foundation of a high performing team, and also ensures that silos cannot thrive.

As a leader, you should be constantly looking to build vulnerability-based trust between your direct reports. If one of your DR’s comes to complain about the behaviour of another member of your team, encourage them to go and address the issue directly with their peer. If they can’t sort things out between them, then meet with them together and coach them both to come up with a solution. In doing this, you are making it clear that you won’t tolerate siloed behaviours in your team, and nor should they tolerate them in theirs.

That multinational agency I worked at early in my career had all the hallmarks of a silo-based culture. There was a poisonous relationship between the leaders of the creative, account management and media teams, and this tension was reflected throughout all three departments. It should come as no surprise then that the agency’s performance was lacklustre. We serviced large global network accounts (who pretty much had to work with us) but didn’t win a lot of new business, and our creative output was mediocre at best. This wasn’t due to a lack a talent: we had some outstanding performers across all three areas of the business, many of who have gone on to have stellar careers. The problem was one of culture.

Years later, when I was the head of digital at Leo Burnett Sydney, it felt like the whole agency couldn’t lose a pitch. We were on fire! There was absolute trust and respect between departments. If someone had a better idea, everyone took it on board and ran with it. We appreciated the different strengths and experiences that each person and area brought to the table. When someone dropped the ball, they admitted it and got on with fixing things, with others pitching in to help. It was the complete opposite of what I experienced at the start of my agency career.

Burnett’s had all the hallmarks of a high performing organisation, with no silos and no politics. It felt like magic at the time. But as I reflect back now, there was no magic to it: just a clear commitment by leadership that they wanted an organisation where talented people had fun and worked hard, and where silos were simply never allowed to form. 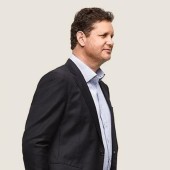 Revel Gordon is a Sydney-based executive coach, team coach and leadership expert. He is also a Director of the International Coach Federation Australasia.