posted inFinance on October 26, 2015 by Per Bylund

Economic theory assumes our decisions are often based on the anticipated results. If we’re able to maximize an outcome, we choose the maximizing option. As consumers, we maximize utility, making purchasing decisions based on the greatest value for the lowest cost. The same is true for productivity, searching for the greatest possible output for the least amount of input. And as small business owners, we try to maximize profit where revenue at least equals costs.

In other words, we’re simple “maximizers.” But are we really?

The reason we make one choice over the next is rarely that simple, which then begs the question of whether small business owners really maximize profits — or if this should even be the ultimate goal.

In the West, entrepreneurs often start businesses to be their own bosses, to strike better work-life balances, or to just start doing their own thing. In the developing world, you see more of this so-called “necessity” entrepreneurship; owning a business is the final recourse to survival.

If you were to really look at either scenario, neither seems all that “maximizing.”

The real problem lies in the terminology itself. Saying we make decisions in order to maximize results is misleading, at least when it comes to its mathematical exactness. In general, we do the best we can under the circumstances (or based on our personal understanding and values).

Profit is hardly ever at the top of someone’s list of values, so it’s hardly ever maximized. Instead, profit is a means, not an end.

Small business owners aren’t maximizing profits because they aim for something else. It’s more about arriving at a satisfactory profit, so they’re actually what economist (yes, economist) Herbert Simon called “satisficers” — the sweet spot that makes your livelihood both satisfying and sufficient.

For small business owners, earned profit must be high enough to make running a business worthwhile. It can’t be more important than the joy of the business itself. This means profit is no longer a priority after the business earns enough money to satisfy the needs of its owners and employees — whatever those needs may be.

Because profit is necessary to run a business and make ends meet, focus on satisficing profits rather than maximizing them. It’s often the key to building a long-lasting company.

Here are three things to consider when growing your business:

Base your business and marketing strategies on these two numbers. Exceed the former; close in on the latter — but don’t attempt to exceed it.

3. Don’t put profit as No. 1. Yes, you read that right. I’m an economist, but I’m telling you not to maximize your profits. Profit is the means, not the end.

List what your true ends are with your business. If it’s a more leisurely life, calculate what you need to make that possible. If it’s more time with your kids and grandkids, what’s the potential downside of this goal?

Though you will end up maximizing as a small business owner or entrepreneur, this end result isn’t what you think. You maximize your ends, not your means. Nobody seeks profit for profit’s sake — even those people claiming to be in it for the profit are looking more for prestige, fame, glory, or something else entirely.

As a business owner, you make a profit in order to continue doing what you’re doing — or afford to do something else. Those are your ends, and they’re inevitably what you need to maximize. Profit is part of how you get there, but it’s not the end-all, be-all. Focus on the real ends, and you’ll find true fulfillment with your business. 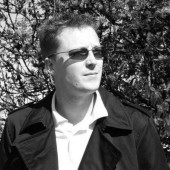