When it comes to promoting a business online, marketers and business owners need to get creative and use all the best tools and tactics available to stand out among their competition. In this blog post, I want to show you why micro-influencers can be one of the strongest and most effective tools in your arsenal and how they can help with the growth of your SME. Historically, those who were considered influencers, were either the top known authorities in their field of work, or celebrities. Now though, with social media, it’s easier than ever for even regular people to become online influencers, which led to a massive increase in social influencers, of all shapes and sizes.

Micro-influencers are, as the name suggests, influencers with a smaller reach. They tend to have under 100k followers on social media – this might make them sound ineffective, but in reality, even though their audience is smaller, so long as it’s an engaged, trusting audience, they can actually be highly effective.

Macro-influencers are much more expensive, more difficult to track down (the bigger you get, the more requests come in!) and, because their audience is larger, their engagement tends to go down the more followers they get.

Micro-influencers, on the other hand, are less costly to employ, they’re easier to reach if you simply want a share from them and they are, generally, highly engaged with their audience, which, at the end of the day, is one of the most important things to consider when researching and using social influencers.

Now that we’ve gone through what micro-influencers are, I want to show you how to research and find the best influencers.

How to find the perfect micro-influencers

Because micro-influencers have a smaller reach, it’s best to use multiple influencers at the same time to achieve the best possible results. When starting your research, put together a healthy list of at least 20-30 micro-influencers to connect and build relationships with.

If you already know some influencers from the blogs you read, or from social media, add them to the list to research them.

In order to find and connect with social influencers, the best thing to do is to use a tool to help. There are a lot of different tools available – such as Ninja Outreach, Buzzstream – but I prefer Buzzsumo in this case, as it allows you to organise and filter your results based on the influencers’ following.

You can find social influencers by searching for the most popular content being shared in your niche – and then researching the author to see if they are an influencer – or by searching through users’ bios with the influencer search feature:

You can then filter your results to find the right influencers for you. Order them by follower numbers, by their domain authority or by type or location, among others. As you can see above, you’ll also be able to see their average retweet and reply ratios, as well as average retweets, which can help give you an idea over how engaged they are.

Then, to check if the influencer is truly right for you, you can click on “view links shared” to see what links they shared on their social media:

This will give you a better idea over whether your content would be of interest to them, and therefore more likely to share it with their followers.

If you have another influencer outreach/research tool, use that one – you can then use another tool to compare accounts and influencers’ followers and engagement.

As I mentioned earlier, engagement is extremely important; in fact, it’s much more important than follower numbers. A person can have hundreds of thousands of followers, but reaching them can be completely ineffective if they’re not actively engaged with the person they’re following.

That is a big reason why so many marketers and businesses are choosing to use micro and medium influencers, rather than macro-influencers; because they have fewer followers, they tend to be both more targeted and more engaged. For example, a study by Markerly found that Instagram influencers’ likes and comments tend to drop as their follower number grows – this is probably happening because their audience is less targeted and there are more people following them simply because so many others are. With micro-influencers, though, they are followed because people are genuinely interested in what they have to say – which is the most important aspect of a successful influencer.

To compare influencers and check how engaged they are (as well as their audience), you can use these free tools from Agorapulse – they allow you to compare Facebook Pages and Twitter accounts in terms of followers, quality of followers (how much the influencer engaged with their followers and their publishing activity (number of interactions, quality of interactions and so on): Start reaching out to micro-influencers

Now that you’ve put together a list of relevant influencers, it’s time to start reaching out to them.

This is a great strategy for building valuable relationships with influencers, as it can help get you on their radar and get them to reciprocate by following you back, sharing your content with their audience, mentioning you on their blog, etc.

If you want to reach them more quickly and get them to promote your products, write a product review and so on, then reach out via email to ask directly. If you’re going to email multiple influencers, the best time-saving technique is to get an influencer outreach tool, like the ones mentioned earlier on – Buzzstream, Ninja Outreach.

When you email influencers, try to make it as personalised as possible; always use their first name and make sure you’re using the right email address and show them that you are familiar with their website/social profiles and that you are a fan.

Provide them with free products, free trials of your tools, apps and software and give them a behind the scenes look into your business.

Social influencers can be an amazing tool for reaching success online; they can help you reach a large, targeted and engaged audience and improve your brand awareness, your traffic, your engagement, as well as your overall conversions and sales.

Start by creating a clear outline of the types of influencers you want to target and then start researching names. Remember to look beyond follower numbers, and instead focus on how engaged their audience is – as well as how engaged they are.

The next step after finding the right influencers is to reach out to them, either directly, with your request, or by following them on their social profiles and engaging with them. This is a great tactic for when you want to build strong, mutually-beneficial and long-lasting relationships with influencers, that get results time and time again.

Overall, the whole process is quite simple – and the results can boost your businesses’ success dramatically. 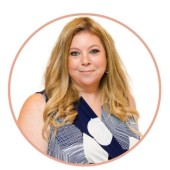 Highly regarded on the world speaker circuit, Lilach has graced Forbes and Number 10 Downing Street. She’s a hugely connected and highly influential entrepreneur. Listed in Forbes as one of the top 20 women social media power influencers and was crowned the Social Influencer of Europe by Oracle. She is listed as the number one Influencer in the UK by Career Experts and is a recipient for a Global Women Champions Award for her outstanding contribution and leadership in business. Contact info: www.lilachbullock.com