Do companies really need to spend hundreds of thousands of dollars on production to create quality videos for advertising? Furthermore, does a more expensive advertisement actually provide a greater return? As a software company designed to help companies grow using video, the team here at Wistia had to find out. One, Ten, One Hundred takes a good hard look at the impact different budgets have on production quality; this campaign ended up being a huge creative challenge—and a lot of fun! To really get the most out of this experiment, we teamed up with the L.A.-based video ad agency, Sandwich Video, to act as our agency collaborators, producing the ads for our video creation product, Soapbox. And now that the results are in, we have some key insights to share.

Outlining the Method and Metrics

To create a level playing field, each of our three ads followed very similar formats and featured a story showcasing our Soapbox product. The challenge was to create the first ad with a very modest budget of $1,000, the second with an increase to $10,000, and the third with a sizable budget of $100,000. We then spent $60,000 on a range of advertising formats to launch the three ads on YouTube and Facebook in September. Our main Key Performance Indicator (KPI) was “Cost Per Install,” with the added goal of boosting our brand awareness across both platforms over a three-week run.

After reviewing the data, we can now report our findings. We found that our $10K ad outperformed both of the other ads. And, it actually performed twice as well, with almost half of the Cost Per Install of the other two—which was not all that surprising for us. That’s because, even though the $10K ad had the same style of narrative as the other two and conveyed the same benefits of our Soapbox product, it really hit the mark when it came to blending creativity and authenticity (which are both crucial ingredients for branded content marketing that’s compelling in an organic way).

But, when we analyzed the other two ads, we were quite surprised, because the $1K version and the $100K version actually performed the same. It turns out, spending a great deal of money on video production doesn’t guarantee that your potential customers will prefer it over a thrifty $1K ad—even one that was filmed only using an iPhone X. High-budget video advertising (although it does shine in its quality) can start to look too much like an offering from a large corporation, attempting a hard sell with showy tactics. In contrast, our $1K ad had no moving graphics, trained actors, or expensive lighting, but it did have humor and creativity, which seemed to resonate with the target audience; these findings are great news for SMBs and startups who might be working with a smaller budget.

Determining the Strategy for Each Platform

Getting down to the nuts and bolts of our experiment, namely how we deployed the ads, we used Google’s ‘TrueView for action’ advertising format for the YouTube element of our campaign. This includes a “call to action” component, and the viewer had to watch at least 30 seconds of the ad for the advertiser (us) to be charged.

For Facebook, we employed two tactics. The first was a sequential format, which meant if an individual viewed one of the ads, they would be shown the other two ads as well. We also used Facebook’s carousel format where all three ads were displayed at once, where the viewer could watch them all at one time—swiping from lowest to highest budget in a carousel view.

When it came to strategy, we used similar copy and targeting for each approach. The results were that the $10K ad outperformed the $1K and $100K in terms of Cost Per Install (CPI) and Cost Per View across all variables. On YouTube, the average CPI for the $10K was $6.66 in comparison to a $10 average for the other two ads. On Facebook, the difference was much larger. But, we weren’t only measuring CPI and CPV. We also wanted to see how viewers were engaging with our brand. And when we looked at the data, we found some pretty interesting differences between YouTube and Facebook:

YouTube’s TrueView for Action ad format was a more effective driver for gaining installs, and it also gave us a much clearer view of engagement, in general. We gathered data based on views of 30 seconds or more, not passive scrolls. From the results, we can surmise that YouTube is a better platform for “viral advertising” content offering a shareable storyline approach to showcasing a product.

However, we also discovered that YouTube does not give preference to more popular content. People were more likely to view whichever ad was offered first—rather than watch a better performing ad that was displayed further down on the list. We found that even if an ad was played the most times, it did not affect the chances or frequency of that ad being shown first in the list. Changing our CPI goals to try and bypass the algorithm also made no difference to this system, meaning that running individual ads separately, rather than as part of an ad group, is possibly a better tactic for optimizing your strongest performing content.

Although our Facebook advertising tactics had a higher Cost Per Install, this platform did deliver a sizable spike in brand awareness. The sequential format was a solid driver of impressions—delivering more than 600,000 impressions with a $10 Cost Per Thousand.

Facebook’s metric for what actually constitutes a “view” on their platform is a little bit fuzzy. If someone passively scrolls past an auto-playing ad on their feed, does this two- or three-second interaction with the content count as a view, even if this would have virtually no value to the “Cost Per View” data by which marketing agencies typically measure success? Our sequential ad format allowed us to determine that a passive scroll activates a “play.” We gained 398,385 video “plays” from our campaign, but only 17% of that figure were views lasting longer than three seconds. Facebook’s ad manager tool told a different story to the “view figure” that appears publically alongside the post.

Facebook’s view metrics have caused the platform multiple issues in the past; but, looking beyond this, it’s worth considering that even passive scroll-by engagement raises brand awareness to some degree, which is exposure that could lead to an install at a later date.

The most important thing we learned from One, Ten, One Hundred was that that budget and production don’t define quality video marketing at all—it’s quality storytelling and creativity that really make the biggest impact. It’s in our nature as humans to respond to a personal touch, which is something all companies could benefit from remembering, from large to small.

Now, that’s not to say that high-quality ads aren’t without their own benefits. But, in our case, the $10K ad, and its narrative tone, really resonated with our audience better—across every comparative test, regardless of outside factors applied. What we’ve learned here is that a high budget doesn’t automatically produce better-performing content, and the playing field is leveled among businesses of all sizes, as long as the content they create is authentic and creative. 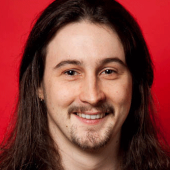 Phil Nottingham is Director of Marketing for Soapbox at Wistia and regularly speaks around the world about video strategy, SEO and technical marketing. He is deeply passionate about creativity in business and has consulted on video strategy for some of the biggest and smallest brands in the world including Red Bull, The Financial Times, Simply Business, Travelex and Thoughtworks.